English Russian
Good Example:
Imagine, that you are driving and GPS says – In two hundred meters turn right, and you turned right, later GPS says- Turn left, but you did not do a left turn and missed the way.
What does GPS says in this situation? GPS says: Recalculating, correcting a mistake. Few second later GPS tells you another way.. how to reach the goal
GPC doesn’t blame you, doesn’t blame anybody who made a mistake, is not angry at all. GPS says PEACEFULLY with CONFIDENCE - CORRECTING mistake and finds the new and better way for you to reach the goal.
this Good Example if you made a mistake on your opinion. Remember that GPS does not blame anybody, it finds the other way and goes ahead with the confidence
All the best
Inna
you may use cosmoenergy channel ANAEL, that gives peaceful and confidence.
You can be initiated in ANAEL in Cosmoenergy School .

Click on selected item
below to see the details 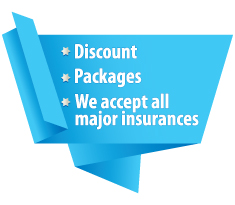 Your payments
may be accepted
by